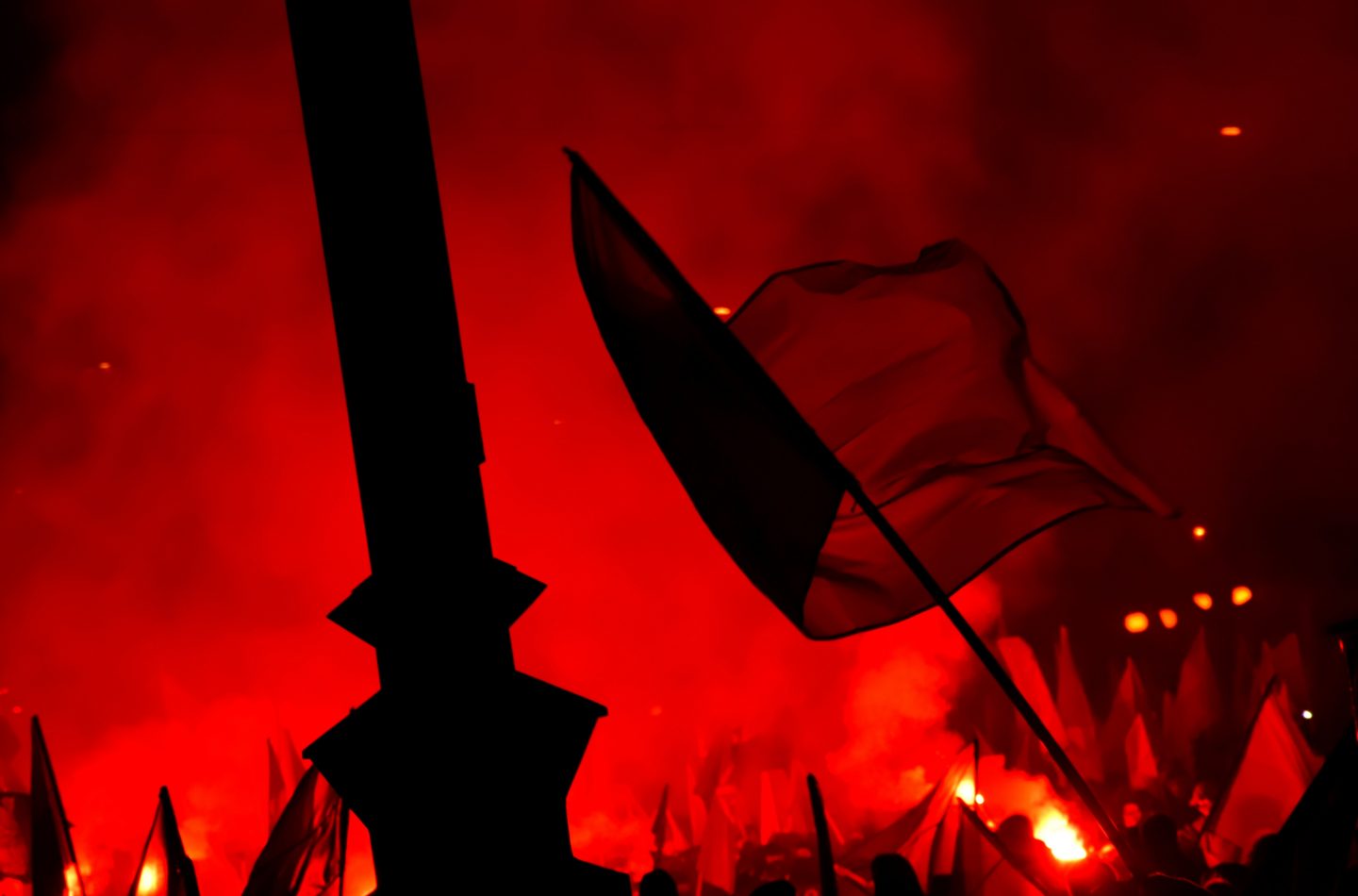 When news broke in central Beirut on October 29 of Prime Minister Saad Hariri’s resignation, cries of celebration rang across the country,[1] though this is the second time he found himself abruptly leaving his position. In a society with long-established political dynasties, his relinquishment of power, however, did not mean Hariri was fully disengaging from the ruling oligarchy. Indeed, the formation of a new cabinet may be an aide for those concerned to stay in power, rather than a mechanism to establish good governance.[2]

Public protest was triggered by the discussion of a new tax on internet call services.[3] This straw that broke the camel’s back revealed the extent of community solidarity, extending beyond sectarian divisions, as Lebanese citizens united against rampant corruption. Lebanon appears to be at the point of an existential crisis. So, what were the conditions that sparked the public raucous? Or perhaps, a more significant question would be; where is Lebanon heading?

Lebanon is a nation at the centre of numerous Middle Eastern quarrels. It is a state with a fractured identity that frequently absorbs the strifes of its perturbed neighbours, particularly Syria.

Stuck in its political past, Lebanon has one of the most bewildering political systems. In fact, around the globe, there’s nothing quite like it.

Its structure is based on the representation of its pluralistic and heterogeneous communities. Constitutional powers and administrative positions guarantee the representation of certain groups in a power-sharing arrangement.[4] The 1989 Saudi-backed Taif Agreement set the foundation of Lebanese politics as we know it today.[5] At the heart of the agreement was a principle of coexistence whereby, the speaker would be a Shi’ite Muslim, the deputy speaker a Greek Orthodox Christian, the prime minister a Sunni Muslim, and the president a Maronite Christian.[6] In Lebanon, sectarian divisions govern ordinary life. Therefore, quotas must be filled alongside the inclusion of specific sects, making it difficult for employees to be laid off if designated spots need to be filled.

Political paralysis occurs frequently in Parliament when a two-thirds majority fails to be reached. These divisions make cooperation virtually unfeasible. Operating at snail’s pace, the primary function of government is disabled without budget approval and elected political representation. Hence, the system which was designed to ensure peace has ultimately led to long-standing deadlocks and inefficiencies.

Gerrymandering (to manipulate the electoral boundaries to favour one party or class) is also commonplace, alongside a political culture of bribery and nepotism. However, protestors are tired of politicians using sectarian divisions to pillage state coffers to line their pockets.

Financial mismanagement in the country is creating widespread poverty as the nation braves the worst economic crisis in decades.[7] Its citizens are fed up with rising living costs and lack of basic amenities such as: failing electricity and water infrastructure, and garbage collection issues.

The economic crisis, which was long in the making, has now come to a head: dollars are scarce, the pegged Lebanese pound (known as the Lira, L£) has slumped by more than 40%, and controls imposed by banks are preventing depositors from withdrawing any savings.[8] These unprecedented capital controls are likely to encourage tempers to flare.

This is especially the case for its youth, as the high unemployment rate has created a ‘brain drain’ for young graduates looking for work.[9] Another strain on the economy is nearly 1.5 million Syrian refugees residing in the country since 2011.[10]

Ultimately, the government’s misappropriation of funds is to blame. The regime is the third-largest borrower in the world, with major structural inadequacies—rampant corruption, lack of job-creating industries, and shortsighted fiscal policies—which existed long before the arrival of the Syrian refugees.[11]

These fiscal woes have been compounding for some time. However, plans to refinance Lebanon’s severe debt is only expected to burden the state’s social services. Sadly, austerity measures are more likely to hurt the middle-class the most. Without proper leadership, there are real concerns that Lebanon could slide toward a prolonged period of instability.

It seems that Lebanon finds itself at a precipice. The greatest priority of the country is to manage its finances by reducing debt, creating sustainable revenue, and inclusive growth for its people. However, to do this, Lebanon must expedite the formation of its government. Achieving reform will partially depend on the protesters’ ability to keep up the pressure on the streets. Moreover, foreign influences are likely to heighten political deadlock. In these trying circumstances, like the 2011 Arab Spring, transformation is fraught with hardship. Paradoxically, despite their vulnerabilities, Lebanese people are resilient. Millions of the diaspora community can be found around the world, and this human capital is a valuable resource that the country needs. What lies ahead for Lebanon’s future, well – we must not underestimate the sturdy character of the Lebanese people and their determination for a buoyant future.