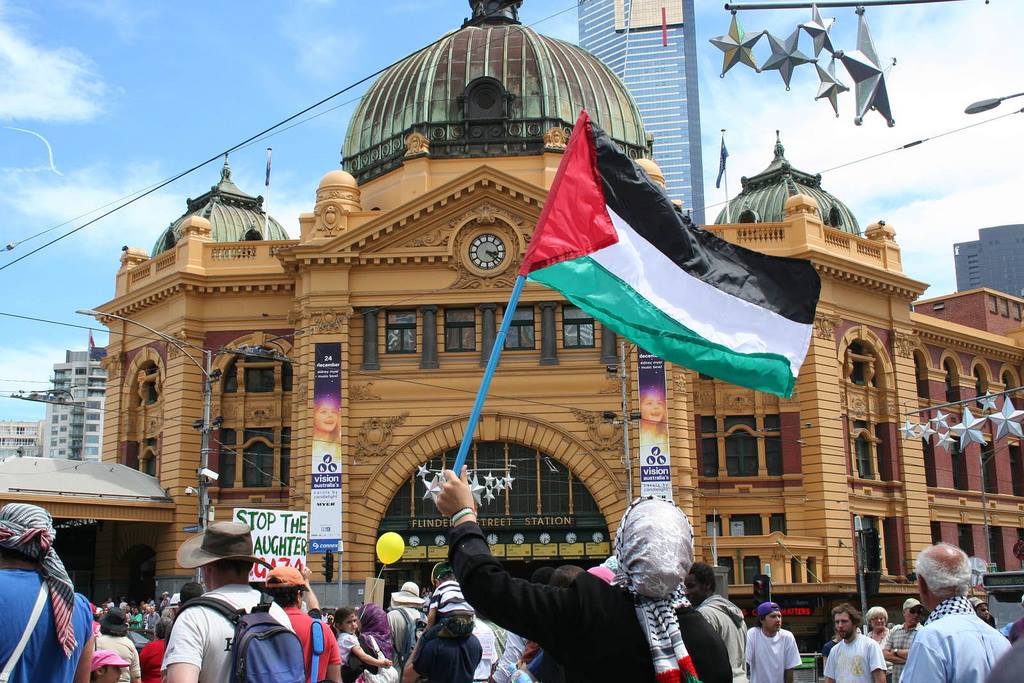 ‘Social Justice Warriors’… oh, how we have heard this term describing a threatening and troublesome group enter into Muslim community discussions in the past few years. From hysteria about millennial Muslims losing their religion, women being corrupted by feminism, and youth turning into liberals when they speak up against authoritarian structures in Muslim organisations, it seems to me we are reproducing far-right rhetoric within our community to maintain a political status quo that serves the powerful amongst us and prevents any change against inequality.

Before I identify some of this rhetoric, I would like to introduce the far-right as White Nationalist (neo-Nazi) organising groups, such as Reclaim Australia, media industries (the Murdoch Press), political parties (One Nation), and online commentators (Jordan Peterson), united through entrenching a Toxic Whiteness ideology that has much to gain from framing anti-fascists and anti-racists as Social Justice Warriors. The far right is heavily invested in constructing their opponents as people who are out there to ruin their way of life and destroy their imagined White nation – they don’t want to relinquish their unfair structural privileges and unchecked power.

Given this context, we should ask “what is happening within our leadership that we have some prominent Muslims regurgitating this smear campaign against dissenting voices? And what can we do to ensure we are not complicit in the repression of political resistance against the most Islamophobic, racist, anti-immigration forces in Australia?”

To answer these questions we first need to understand far right discourses. When neo-Nazi Milo Yiannopoulos chants “Feminism is cancer”, instead of Muslim brothers cheering this on and mirroring the same violent rhetoric, it would help to separate legitimate concerns and hateful catch-phrases expressed to hide fascist views. In this case, misogynist views that seek to maintain and legitimise systems of violence against women, from political critique against feminist movements.

Yiannopoulos is not calling feminism cancer because he has an issue with White feminism’s imperialist saviour project which seeks to save Muslim women from an oppressive, violent Islam, (which is a critique many radical, postcolonial and Black feminists have put forward against White, colonial feminists). No; Yiannopoulos and the far-right simply seek to dehumanise women to ensure their White male privilege is maintained in a time of great political turmoil, with movements, such as #metoo, growing to challenge this White male superiority. His politics are as imperialist and as colonial as the White Feminist ideologies that Muslims are legitimately against.

When the far-right pedals arguments such as “feminists are a disease”, we should know that this dehumanising language “disease”, not only incites violence against women and protects abusers and rapists, but also that it serves their political objectives that lead to the election of someone like Donald Trump. A rapist in the White House who openly uses derogatory language to express his thoughts on women, elected because too many American voters believed that the charges against him were a conspiracy: Social Justice Warriors were waging a Crusade against America.

Where does this leave us as responsible Muslims who are sincerely invested in fighting both the colonial, fascist far-right, and the liberal, colonial feminist and other saviour projects?

Do we just recklessly give power to discourses which further marginalise our voices and the voices of our allies standing up against entire White Supremacist industries and institutions: police, media, corporate, research, political parties? Do we make it even more difficult for us to speak by failing to interrogate the way political critique stemming from radical political thought turns into demonising labels, where the White liberal who needs to be called out is off the hook because now we are calling every and any opponent a liberal?

I find the way some non-Black Muslim brothers learn from Jordan Peterson to be very troubling. They seem to be attracted to his nonsensical ramblings – sold as analysis – about gender without giving much care to what ideological positions they are aligning themselves with in absorbing and then endorsing the views he advances. One issue which these brothers seem to be attracted to is Peterson’s questioning of whether a gender pay gap exists.

Without going into dispelling the myth, I wish to just understand why brothers are so motivated to sabotage the fight for equal pay. The fight for equal pay threatens the interests of White, upper class and middle class men, who do not want to see women paid fairly because this will put in place policies that limit the ways they unjustly acquire profits at the expense of women and other minorities.

It’s not as though Brown Muslim men will lose anything much from the wins that equal pay campaigns make – yet, they would rather align their interests with White men than support their fellow sisters who are underpaid and largely exploited when we look at pay within sectors dominated by Brown and Black women workers.

I believe it’s vital for us to be more politically conscious, to not only learn cause by cause, but to understand how ideologies and worldviews are upheld, so that we can stand up against White Supremacy and its harms upon our communities. To do this, we need to start saying, “Hey, Imam, enough now, because we are the activists, antifa, SJW, radicals our enemies detest and this is the Sunnah of our Prophet PBUH, to fight against oppressive forces.”