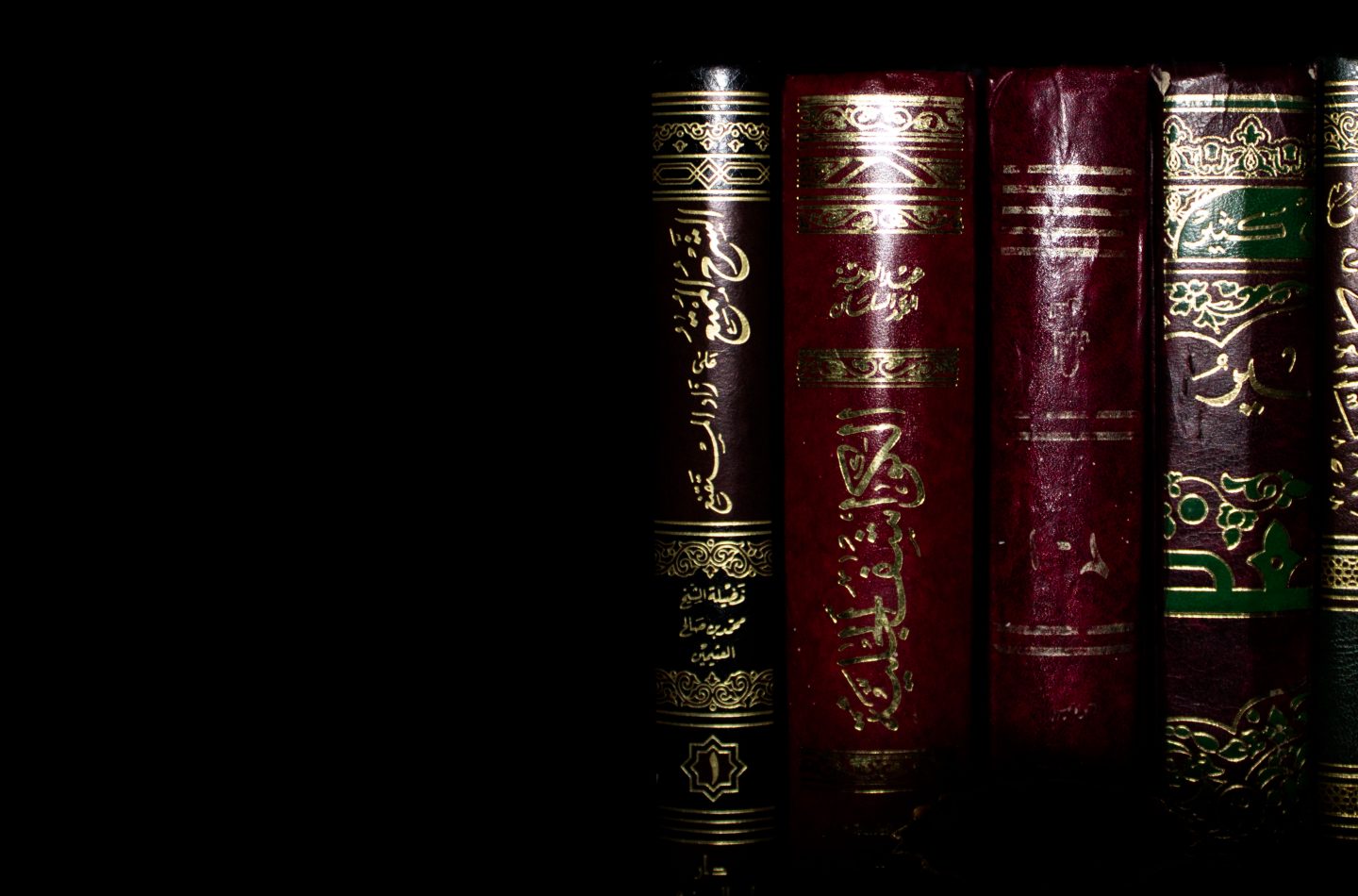 Many of us have goals we would like to achieve, but sadly so many of us give up on our goals because we don’t realise the commitment and dedication that’s required in order to achieve them.

After I first reverted to Islam, one of my greatest goals was to memorise the Qur’an. It ended up taking me a total of 20 years to finally complete this mission.

In this short article, I want to share with you some personal tips I have learned over the years, in the hope that they may help you achieve your own goals in life.

1. Clearly define what you want to do, and why
Imagine you’re lying on your deathbed, looking back at your life – what do you wish you had achieved? For me, I decided that when I die, I want to meet Allah SWT with the Qur’an in my heart in sha Allah. So it was this burning desire that fuelled my motivation on this journey.

2. Be realistic about achieving your goal
Achieving any goal requires patience and perseverance. The main reason people give up is because they underestimate how long it will take. They also compare themselves to others.

When I first started, I didn’t know a word of Arabic. Sometimes I would feel frustrated with myself when I would hear stories about Arabic speakers who had memorised the Qur’an in amazingly short amounts of time like in six or nine months.

Meanwhile, in my case, I had to read the verses repeatedly and revise over and over again, in order to perfect my recitation and memorisation.

One of the ways I would try to overcome this frustration, was to constantly remind myself that the greater the hardship in achieving the goal, the greater the reward, bi’ithnAllah.

3. To succeed, you will need to struggle
One of the frustrations that I have noticed Qur’an students face is not realising how long it can take just to perfect the proper articulation ‘makharij’ of the Arabic letters.

Also, particularly if you’re not from an Arabic background, memorising can be quite an arduous task when you first start out. One of the first Surahs I memorised was ‘Surat Al-Kafiroon’, and I remember it took me about three weeks just to memorise those five verses alone.

You need to find what works best for you; in my very early days, I found that writing out the Qur’an in the transliteration helped me memorise the last few juzz’. I would then check my pronunciation with my Arabic speaking husband.

Later on, I attended an intensive Qur’an school in Saudi Arabia which helped speed up my reading and ability to memorise.

Remember, don’t compare yourself to others; focus on your own personal progression. Never forget that your reward for all of your efforts is never wasted with Allah SWT in sha Allah.

4. Hold onto your goal despite the odds
Never listen to negative comments. If I had listened to all of the negative comments which were said to me over the years, or even to my own internal negative thoughts, I would have given up long ago.

When I was a new revert, I was really ambitious. I wanted to memorise the Qur’an by the time I was 30, which would have been in 10 years. I remember an Arabic speaking sister laughing at me when she heard this idea of mine.

I also could’ve easily been put off when I tried joining one of the very few Qur’an reciting circles that were available back then, but was told to “come back when I know Arabic.”

When I finally got the opportunity to study in the Qur’an school in Saudi Arabia I was placed in a class full of Arabic speakers. They were already ahead of me by seven pages in their memorisation of ‘Surat Al-Baqara’ when I had joined. Despite my disadvantage of being behind the rest of the class and also having to resort to memorising from the transliteration – until I was strong enough in my reading to memorise directly from the Arabic text – I persisted in my memorisation. By the blessing of Allah SWT, at the end of the year, I came third in my class for my memorisation of the whole of ‘Surat Al-Baqara’. Alhamdulilah.

Tip: Whenever I felt the odds are against me and that I will never achieve my goals, one of the things I remind myself of is how impossible the mission of the Prophet PBUH must have felt during the very early days of his mission. Yet, he held firm to the promise of Allah SWT and set out with full trust in Him, always moving forward, until he was ultimately rewarded with victory from Allah SWT.

5. Understand that your responsibilities in life will often affect the length of your journey
Be flexible. It doesn’t matter if it takes 10 or 20 years, as long as you get there eventually.

When I was busy studying at the Qur’an school, I suddenly found out I was pregnant with twins. Once I gave birth, there was no way I could go back to school. We returned to Australia and my focus shifted from myself to my children. I knew first hand how hard it was to memorise the Qur’an as an adult, so I wanted my children to start memorising from when they were young.

I started helping my eldest son to memorise the Qur’an when he was two and a half years old, and he finished juzz’ Amma when he was three. By the age of 14, he had memorised the entire Qur’an, Alhamdulilah. My twins also followed, finishing their memorisation when they were 18. It wasn’t until my children finished the Qur’an that I felt I was able to go back and complete the rest of my Qur’an memorisation.

I created a four-year plan, breaking the remaining 15 juzz’ I had to memorise into four manageable parts (one juzz’ every school term).

Lesson to learn here is; don’t get frustrated if you’re unable to achieve your goals in the timeframe you had originally planned, or if you find obstacles constantly getting in your way. Life happens, so just keep going!

6. You need self-discipline and short-term goals

I’m not a naturally disciplined person, but if I have a deadline, I’ll make sure it’s done on time. So I used to create deadlines for myself. For example, I would look for another dedicated sister to memorise the Qur’an with, in other words, a ‘Qur’an buddy’. This gave me a support system and also helped me create a deadline as I needed to ensure I would complete my daily, or weekly memorisation before meeting with her. Creating deadlines for yourself helps you stay on track and keep you motivated.

Ultimately there is no success whether in this life, or the next, except with the help of Allah SWT. Making dua helps you stay focused on your goal and reignites your passion towards achieving it.

We need to keep our eyes firmly on the prize that is the Akhira. When you truly believe this life is a one chance test and that you cannot simply come back and have another go at it, it becomes one of the most powerful incentives to keep yourself moving forward no matter what the odds against you are.

The bottom line is this – make an uncompromising decision (intention) to either meet Allah SWT having achieved your goal, or to die in the state of striving towards it.

May Allah SWT help us all to achieve success in this life and the next. May He accept our efforts for His sake and not cause our rewards to be lost.

Ustadha Umm Jamaal ud-Din (Mouna Parkin) is an Australian revert to Islam and teacher of Islamic Jurisprudence and Theology at the Islamic College of Australia. She’s also an active da’iyyah and public speaker at various Masajid and events in Sydney.

Umm Jamaal first reverted to Islaam in 1989, both her father and grandfather were Christian lay preachers in the church.

From the very beginning of her Islaam, Umm Jamaal’s dream was to study the religion deeply in order to benefit herself and others.

Soon after marrying she travelled to Saudi Arabia where she studied the Quran at Dar al-Huda Quran School in Jeddah, through which she obtained an Ijaazah in tajweed from her teacher Kareema Czerepinski, the student of Shaykh Ayman Swayd.

Upon returning to Australia, she completed a B.A. Languages (Major in Arabic) at Western Sydney University, which enabled her to study both Islamic Jurisprudence and Theology from prominent Arabic scholars at the Open Islamic Academy, (الأكادمية الإسلامية المفتوحة), Saudi Arabia.

She is currently studying a B.A. Honours in Islamic Law and Jurisprudence at Al-Madinah International University, Malaysia.

She has completed memorising the Quran and is also a mother of five children, three of whom she taught them their memorisation of the Book of Allah.

6 Life Lessons I learned in 12 weeks As An Employee, Entrepreneur, Student and Father.