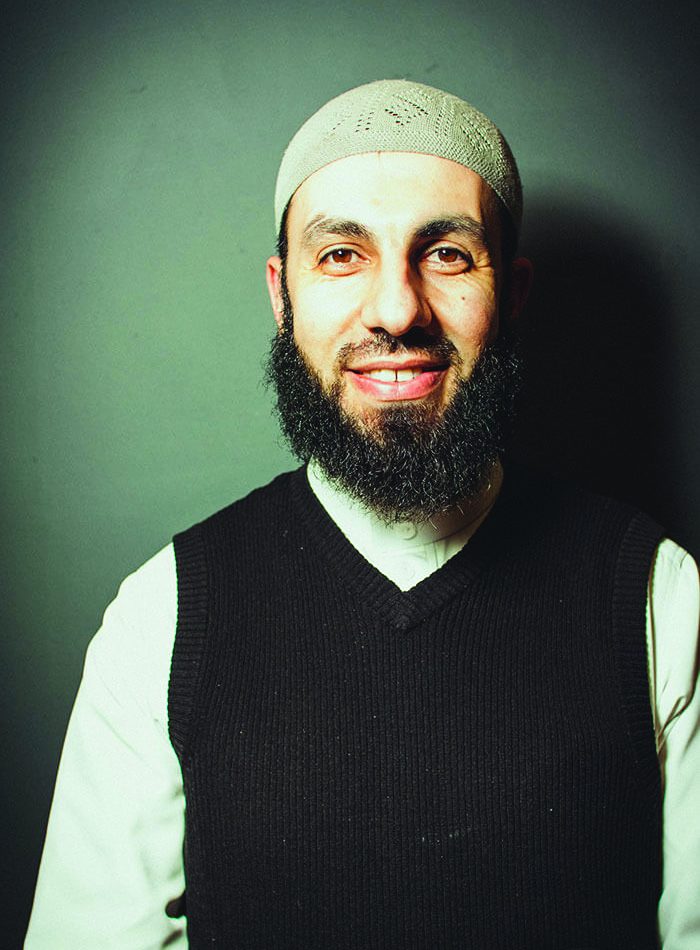 Allah SWT says:
“The month of Ramadan [is that] in which was revealed the Qur’an, a guidance for the people and clear proofs of guidance and criterion. So whoever sights [the new moon of] the month, let him fast it; and whoever is ill or on a journey – then [he should fast] an equal number of other days. Allah intends for you ease and does not intend for you hardship and [wants] for you to complete the period and to glorify Allah for that [to] which He has guided you; and perhaps you will be grateful.” [2:185]

The verse begins with introducing the month of Ramadan, and the virtues of fasting as a celebration of the Qur’an’s revelation and assurance of guidance to mankind.

Allah SWT gently nurtures our souls as He commands us to fast as a benefit to ourselves, while simultaneously acknowledging that we as humans are susceptible to weaknesses, therefore relieving us from the duty of fasting if we are ill or travelling. His kindness is evident in His proclamation that He only wants ease for us and does not wish to make life difficult.

We cannot help but associate such a sensitive and caring approach, to the kind of love a mother or father would give, even though it is incomparable to Allah SWT for there is nothing like Him, Glorified and Exalted is He.

Allah SWT then says: “And when My servants ask you, [O Muhammad], concerning Me – indeed I am near. I respond to the invocation of the supplicant when he calls upon Me. So let them respond to Me [by obedience] and believe in Me that they may be [rightly] guided”. [2:186]

Immediately you feel a close sense of intimacy with Allah SWT and the relief is like a beautiful cool stream gently extinguishing the burning fire and unease in your heart, expelling the feeling of loneliness, depression, anxiety, and destroying all the boundaries and obstacles that once stood between you and Allah SWT.

Allah SWT addresses the Prophet PBUH concerning His “true worshippers” because who else would abandon their food, drink and desires for the sake of Allah SWT? Who else would ask about Allah SWT with such passion except them? Allah SWT does not tell His Messenger PBUH to relay his response, instead He answers us directly by responding, “Indeed, I am near”.

One immediately feels love and connection when someone ‘personally’ responds to their call without a messenger or intermediary. Similarly, you feel honoured and privileged that Allah SWT has made you feel valuable and important to Him. Allah SWT assures our hearts and minds that He is with us in every instance of our life and breath, never leaving our side. His closeness is mentioned in Surat Qaaf when He says, “We are closer to him than his own jugular vein”. [50:16]

Allah SWT follows up His loving statement with a promise that He ‘personally responds’ to every supplication or call His worshippers make. Upon further analysis, it’s important to highlight four key points;

Instead of saying ‘If a caller calls upon Me, I will respond’, Allah SWT reversed the structure of the sentence to read “I respond to the caller as he calls upon Me”. The difference is that Allah SWT wants us to know that His response is unconditional and definite, you need not doubt or fear that He will not answer, rather it is the human who may cease calling out to Him and give up.

Notice that Allah SWT does not say that He will give us what we ask for, rather Allah SWT says He will “respond”. This means that He will look after your concern or request but in the way that He knows is best for you and not necessarily what you think is best for you. For Allah SWT knows and we know not. This reminds me of a statement a pious predecessor once said, “If Allah gave me what I asked for, I would thank Him once. When He did not give me what I asked, I would thank Him tenfold because the first was my choice and the second was Allah’s choice.” SubhanAllah!

Allah SWT refers to the caller or supplicant as a “Da’eee,” prolonging the ‘e’ sound at the end. Linguistically, this is an extension of the definition to encompass any person who sincerely calls upon Him at any time, any day, any where and without favouritism or exception.

The most important aspect of the verse is the term “idhaa,” which means ‘continually’ rather than ‘if’ conditionally. Allah SWT wants us to continuously make frequent dua to Him, and to never cease calling upon Him until the end of our life. The Prophet PBUH said, “Whoever does not ask Allah, Allah will become angry with him”. [Tirmidhi]

Who would become angry with you if you stop asking them except someone who truly loves you without measure? When you persistently ask a human, even the closest person to you will become annoyed and irritated by you but Allah SWT becomes angry if you do not consistently ask Him!

The above verses are informing us that Ramadan is a time to grow closer to Allah SWT.

Increase in your supplication and calling upon Allah SWT during Ramadan and know that there isn’t a better time to reconnect with our loving Creator than this glorious month.

Turn back to Allah SWT brothers and sisters, connect your hearts with the One who is already unconditionally close to you, knows you and your worries more than yourself and cares for you more than anything else in existence.

Belal was born in Williamstown, Melbourne, Australia. He started his Islamic studies at a very early age and acquired his Shariah knowledge in Lebanon; and continued tertiary education in Bio-Medical Science in Australia. Belal has been offering his service to the community for many years and has been working with the Islamic Society of Victoria for over ten years.